The table below presents the mineral reserve for the King-king Project based on the mine and plant production schedules developed for the feasibility study. The mineral reserve amounts to 617.9M tonnes at 0.300% total copper and 0.395 g/t gold.

The King-king Copper-Gold Project is a gold-rich porphyry copper deposit located in the Compostela Valley on the island of Mindanao in the Philippines.

The King-king deposit is a porphyry copper-gold deposit hosted primarily by porphyritic hornblende diorites, submarine volcanic rocks, and volcanoclastic sediments. The intrusive rocks are believed to be Miocene in age, while the volcanic wall rocks are Cretaceous to early Tertiary. Copper and gold mineralization occurs at or near the apex of the composite diorite intrusive complex within the intrusive rocks and extends well into the surrounding wall rocks.

The majority of the sulfide copper mineralization in the King-king deposit consists of chalcopyrite and bornite, with lesser amounts of chalcocite, digenite, and covellite. Rapid regional uplift and erosion likely caused the nearly complete removal of a classical leached cap and eroded or prevented the development of typically thick oxide and supergene enriched zones such as those found in other major porphyry deposits. Copper mineralization in the oxide zone is observed in silicates and phosphates. Copper silicates are the most abundant oxide mineral group present, with copper silicates minerals containing MgO and FeO being the most prevalent of this group in the oxide zone.

Gold is relatively abundant in the oxide zone, in free form formerly in association with the original copper and iron sulfides before they oxidized. Gold also occurs in the sulfide zone of the deposit in free form in close association with bornite and as exsolution intergrowths in other sulfides, particularly pyrite and chalcopyrite. Native gold is occasionally observed on fractures and in quartz veinlets.

In general terms, the King-king gold-copper deposit is consistent in type and form with other bulk-tonnage copper-gold porphyry deposits of the Philippines and elsewhere in the world. The deposit is low in pyrite, averaging less than one percent by volume FeS2. This is reflected by the relative absence of a pyrite halo that is commonly developed around many porphyry copper deposits. For process development purposes, two types of mineralization are considered: sulfide and oxide (which includes mixed oxide-sulfide material). 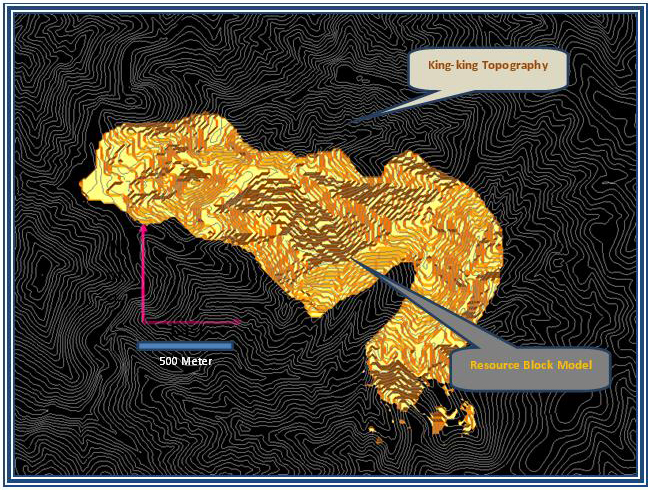 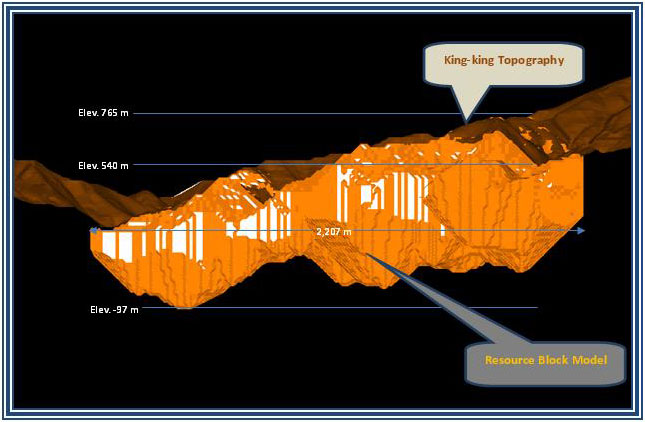 A New Generation of Responsible Mining